This personal robot is an updated version of Meccano G 15 . If you have not read my review about it , you can read about this 4 ft tall robot here

In regards to the physical body, the Mecanno xl robot has about 90 percent overlap with Mecanno g15 . The main difference is in color as it is available in different variations and more importantly in its programming as it has become far more advanced over the previous version. If Mecanno G15 personal robot can brag about being able to say over a thousand different pre-programmed things this Mecanno XL Robot is a whole lot smarter than that. 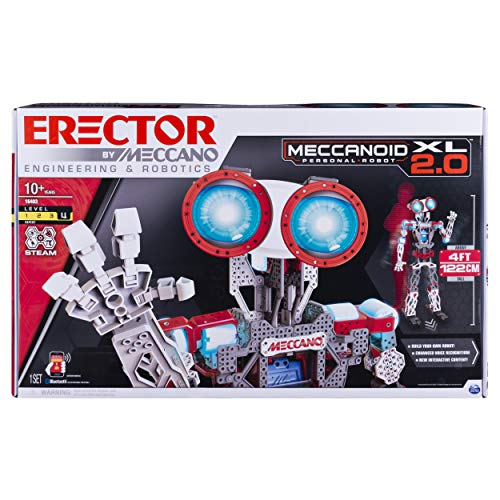 There are 1014 different parts and it will take 3-4 hours to assemble depending on how focused you are on the task at hand.

It has something like 3000 different pre-programmed phrases and can do several cool things like telling jokes and stories, responding to voice commands, dancing, performing Kung Fu, enlighten kids with robot trivia, etc.

It comes with an extensive instruction manual that has a hundred and forty-nine different fairly complex steps. If you’re mechanically inclined you’d probably really enjoy it a whole lot. True, it is a lot of work but it’s also highly educational for you or your kid as they can learn a lot as it promotes learning and education in the subject areas of science technology engineering and mathematics (STEM). If you’re a kid that’s really interested in these fields then mechanoid is just about the best robot toy ever made.

Once your mechanoid is fully assembled there are various cool ways that you can play with or interact with him. For example, you can issue any number of different voice commands and your mechanoid will react and respond to those commands. If you want you can also use the freely downloadable mechanoid app which itself has multiple play options such as the ragdoll avatar feature which allows you to manipulate your real-life mechanoid by creating a command code string and you just simply do that by moving the little animated limbs of the mechanoid avatar on the screen of your smart device and then you can playback that command at any time and the real-life mechanoid will actually do those movements !!! 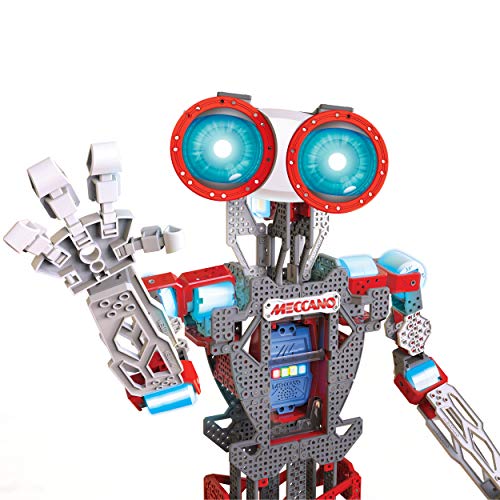 There’s also the option of making a LIM recording. LIM stands for learned intelligent movements. So basically you physically move your mechanoids limbs about in any manner that you choose while recording that sequence of movements for later playback. Once you’ve placed a recording in mechanoids library you can then have him play it back at any time and he will do all of the movements or even making sounds that you’ve programmed in. So mechanoid actually has servo memory which is similar to muscle memory in us humans.

The mechanoid can communicate with your smartphone via BlueTooth. So there’s a way to place your phone in his chest and have him essentially use the phone’s camera as an eye. You can then stand in front of the mechanoid and move your arms about and he will actually see you and mimic your various movements. How cool is that ? 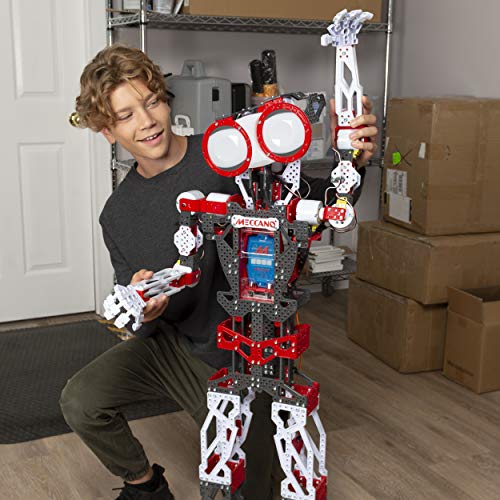 That’s not really the end, there are many more things that the Mecanno XL can do. Though it is meant for kids ages 10 and up but I think that’s more for the building part of this robot, much younger kids would certainly be fully entertained by his antics.