If you are a parent or teacher and you’re looking for a way to engage teenagers at home or in the classroom, consider purchasing a programmable robot! These robots are an excellent tool for teaching STEM concepts and can provide hours of fun. Programmable robots can help develop the next generation of scientists and engineers by providing them with an exciting, hands-on project that will teach them about robotics.

Its working range is about five meters. It can detect luminosity through a light sensor built in it and can know which direction it is going because of the built-in magnetometer.
Teens or adults with advanced coding knowledge can also use comparators, if/else statements, and multiple types of loops to create more complex programs. Even custom functions can be coded to use them across multiple programs.

The app is available for iOS, Android and Amazon devices in addition to a desktop version for PC, Mac, and Chrome.

The EV3 “brick” consists of a built-in display which shows the wireless connection, battery level and what the robot is currently doing.

5 programming “missions” are provided by the software to help your teenage kid start using icon-based programming blocks. Apart from the desktop version, LEGO also provides a programming app for mobiles. 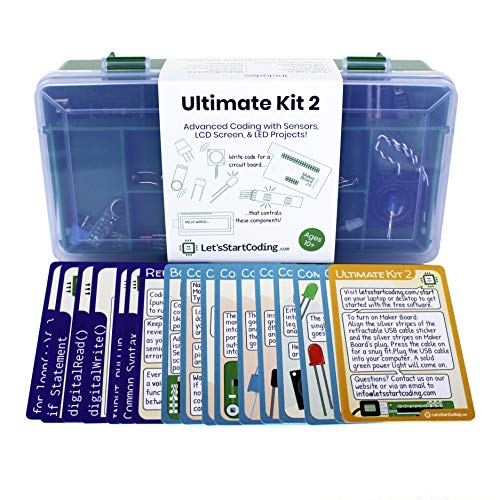 “Let’s Start Coding” is a desktop app that aims to teach older kids the basics of computer coding.
Other than the software, there are related physical code kits, which look like printed circuit boards shaped like a car, a rocket, or a piano.

If you really want the budding engineer to get ahead with his or her coding skills, this Ultimate coding Kit is the all-in-one product you are looking for.