Home security is essential irrespective of whether you are staying at home or are planning a trip. Today home security robots are present in the marketplace which safeguard your assets and home and also protect your near and dear ones with their high alert warning systems.

With the advancement of technology, it is only but natural that its advantages are to be utilized in the home security zone. There has been a huge shift to smart home devices and home security has taken a huge leap. Traditional security systems where the monitoring is done by humans day and night in different shifts are quite expensive. In contrast, home security robots are a cheaper option.

The robotic monitoring devices consist of sensors, motion detectors and security cameras with artificial intelligence (AI) so that your home is patrolled better. Equipped with all this, assessing possible break-ins and dealing emergencies becomes easier.

Home security cameras are equipped with HD cameras and face recognition with the aid of which a catalog of “known” people can be created so that intruders are detected. The cameras offer a feed and at the same time work along with sensors to find out potential security issues, for instance, if a window was broken.

If there is any unexpected or abnormal change in humidity or temperature, it will either alert you or call a service automatically. Like if you have left your clothes’ iron plugged and smoke builds up. Many of these robots can be integrated with digital assistants like Google Assistant and Amazon Alexa to make your lives more convenient.

These robots move about regularly so that video surveillance of the entire area can be done easily and effectively from different positions for optimal observation. These mobile robots score over multiple fixed cameras as they do not leave out the blind spots which the fixed cameras are unable to access. The robot moves around the house and thus prevents intruders from coming in.

These robots respond immediately with surveillance recording any suspicious event that might be happening on the premises of your home. This can be rerouted all by itself is linked to the stationary alarm sensors which are then triggered. You can inspect areas of suspicious activity with this robot when directly inside your house or remotely from security stations with the aid of broadband internet networks. Thus you can see what is happening inside your home without exposing yourself or running into intruders accidentally. These robots are consistent and dogged in their job and can run almost 24 hours in a day. They are also less conspicuous than humans doing the same job.

Country homes often remain empty for long periods. As such, these are often guarded by installing security systems in the house. But such security systems often make things complicated by sending false alarms. Such alarms warrant regular security patrols.

But when you have a home security robot, you almost do away with these false alarms. These robots can automatically move to the place of possible intrusion when indicated by security sensors. The robot can be programmed to regularly inspect the integrity of doors, gates, and windows. These will reduce the chances of trespassing and your private property will remain well-protected.

So if you are quite convinced that what you need is a home security robot, here are a couple of these which have been widely acclaimed. 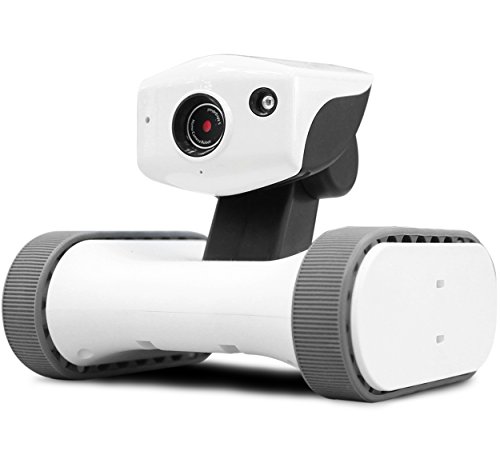 This home security robot from Appbot Riley is equipped with the live camera moving control through APP. The IR LED night vision feature enables you to see even when the lights are off. Other attributes include motion detection, motion detection video storage, face recognition capability, snapshot, and recording. When the robot is on the dock, it has a 360-degree rotatable charging station. If the robot is in trouble, you can make stand up from front and back fell off. The two-way audio feature helps you talk and hear to your pet.

If the robot is within 1.6-foot distance from the docking station, it will calculate and align and then move to dock all by itself. Again you can undock it easily with your cell phone. Once the robot is on the dock, it can rotate 360 degrees and watch everything. The head of the robot can also be tilted up and down 120 degrees. For easy connection, the dock has 2 USB ports. It is compatible with smartphones iOS 8.0 or Android 4.3 above and with most WiFi wireless routers.

The head consists of 5 megapixel HD cameras, IR night vision, live view of 720p HD, microphone for two-way audio and speaker on the body. It comes with –

At the time of writing the review, this robot was priced around $150. 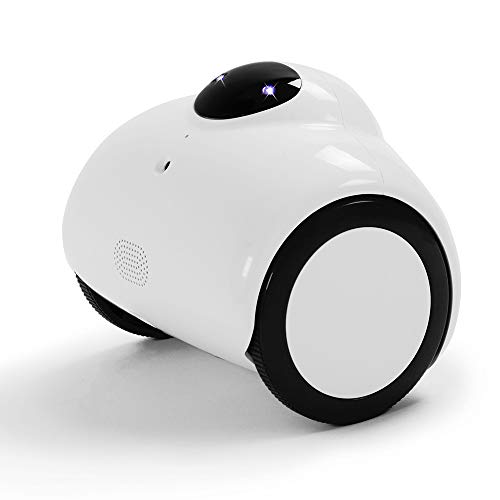 This home security robot from Xrana will not only monitor your house when you are not at home but can also accompany your babies, visit your parents and tease your pets. It is connected to the internet and your phone APP will be able to reach it through any network. As a result, you can view your home through live video. The robot can be controlled remotely and made to move and turn, watch every corner of the house and look up and down. It can also interact with babies if they touch it.