If you are simply crazy about NFL and are seeking in-home mascots to revalidate the supremacy of your teams, here are five NFL robot toys for you to choose from to make them part of your home or office décor or to make them a part of your NFL collection. Read on to find the one that fits your bill! 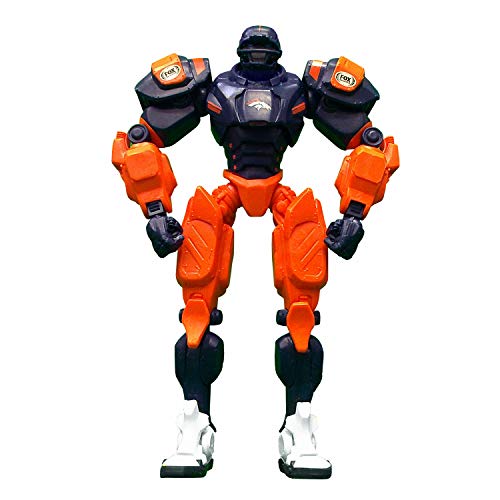 This NFL Robot toy comes from the stables of Foam Fanatics. It has fully articulating joints and is meant for both big and little children who are 4 years and above. It consists of a full-color display box and is a 10” posable robot. This football robot is a definite crowd puller and is just ideal for any NFL fan. With this in hand, you can exhibit your team pride from your work desk, while sitting next to the big screen or as a part of the collection of your team. The robot looks awesome, is big enough, and is of superior quality. It is available in two colors – Los Angeles Rams and Denver Broncos.

It is widely acclaimed and at the time of writing was priced below $50.00. 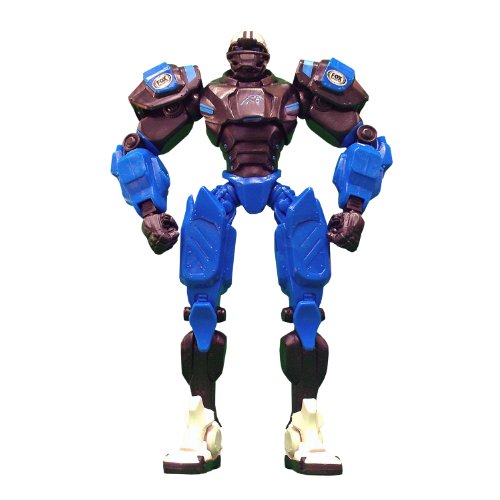 This particular NFL robot toy comes from the house of the NFL. It is an action figure which is officially licensed and is designed for fans of all ages as well as collectors. There are 10 posable robots each made of super-sturdy PVC plastic. The detailing as far as features are concerned is spectacular and to the minutest detail. The joints are fully articulated so much so that Cleatus can be posed in almost any and every offensive or defensive position. It is always ready poised in the various poses to tackle the opposition or as a part of the end zone militia. It stands at 10” and is just the ideal size for a great gift or display.

At the time of writing this review, this awesome product was selling at below $40.00 at Amazon. It has a shipping weight of 1.8 pounds. 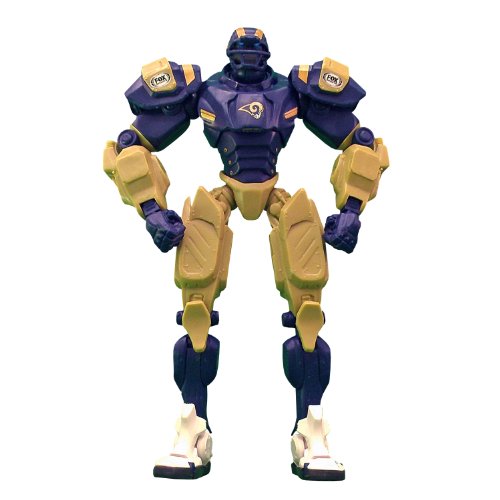 This model of NFL Robot toy is manufactured by the Foamheads and is a brand new version 2.0. The Cleatus has articulating joints and can thus be posed in any offensive or defensive position, celebrating a field goal or tackling the opposition. Composed of extra-strong PVC plastic, this robot is 10” and has been made with the greatest attention to detail. The posable robot comes in a fully color display box and can be a great collector’s item for any fan of St. Louis Rams.

The robot has been redesigned for 2012 and is beautifully decked out in gold and navy. It tells about the dominance of your team. You can place it beside the big screen at home, on your work desk or keep it as a part of your NFL collection – the choice is yours. This is just not an action figure; it is the official in-home St. Louis Rams mascot you can gift to any St. Louis fan.

At the time of writing this article, this lovable NFL robot toy was tagged below $50.00. 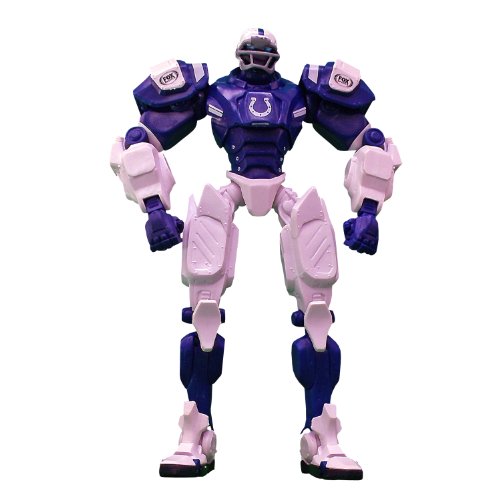 This item from Foamheads is an officially licensed NFL product and contains a 10” posable robot. It comes with a full-color display box and is ideal for small and big kids who are 4 years of age or more. It has fully articulating joints. It is just not an action figure, it is your in-home mascot. Manufactured with super-strong PVC plastic, care has been taken for the minutest detailing as far as features are concerned. The Cleatus can pose in any tackling position, offensive or defensive position, or as celebrating a field goal. This must-have for fans can be placed beside the big screen at home, or on your work desk or kept as a valuable part of the team collection.

The product has earned a full five stars from the customers who have bought it. It is priced at around $505.00 at the time of writing this article. 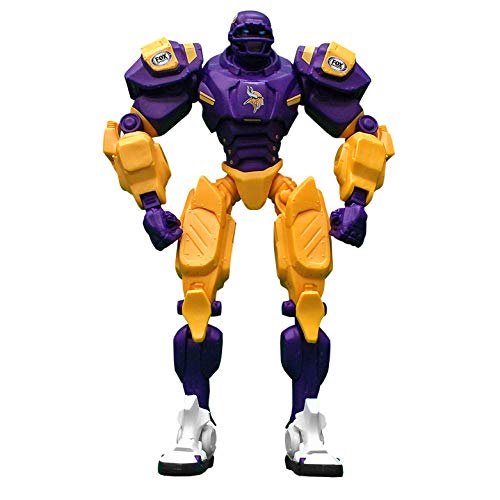 This NFL robot toy comes from the house of Foamheads and is a brand new version 2.0. It has entirely articulating joints and can be posed in any offensive or defensive position, doing the Dirty Bird in the end zone or tackling the opposition. It is made of super-strong PVC plastic and comes in full-color display box. Lots of detailing has gone into the features of the toy robot. The 10” posable robot is a must-have in the collection of any Minnesota Vikings fan. The robot is decked in the gold and purple team colors and is ideal to prove the dominance of your team. It is an in-home mascot and not just an action figure. You can place it on your work desk, beside your big screen at home or as an integral part of your NFL collection.

This officially licensed product is priced at below $40.00 at the time of writing.